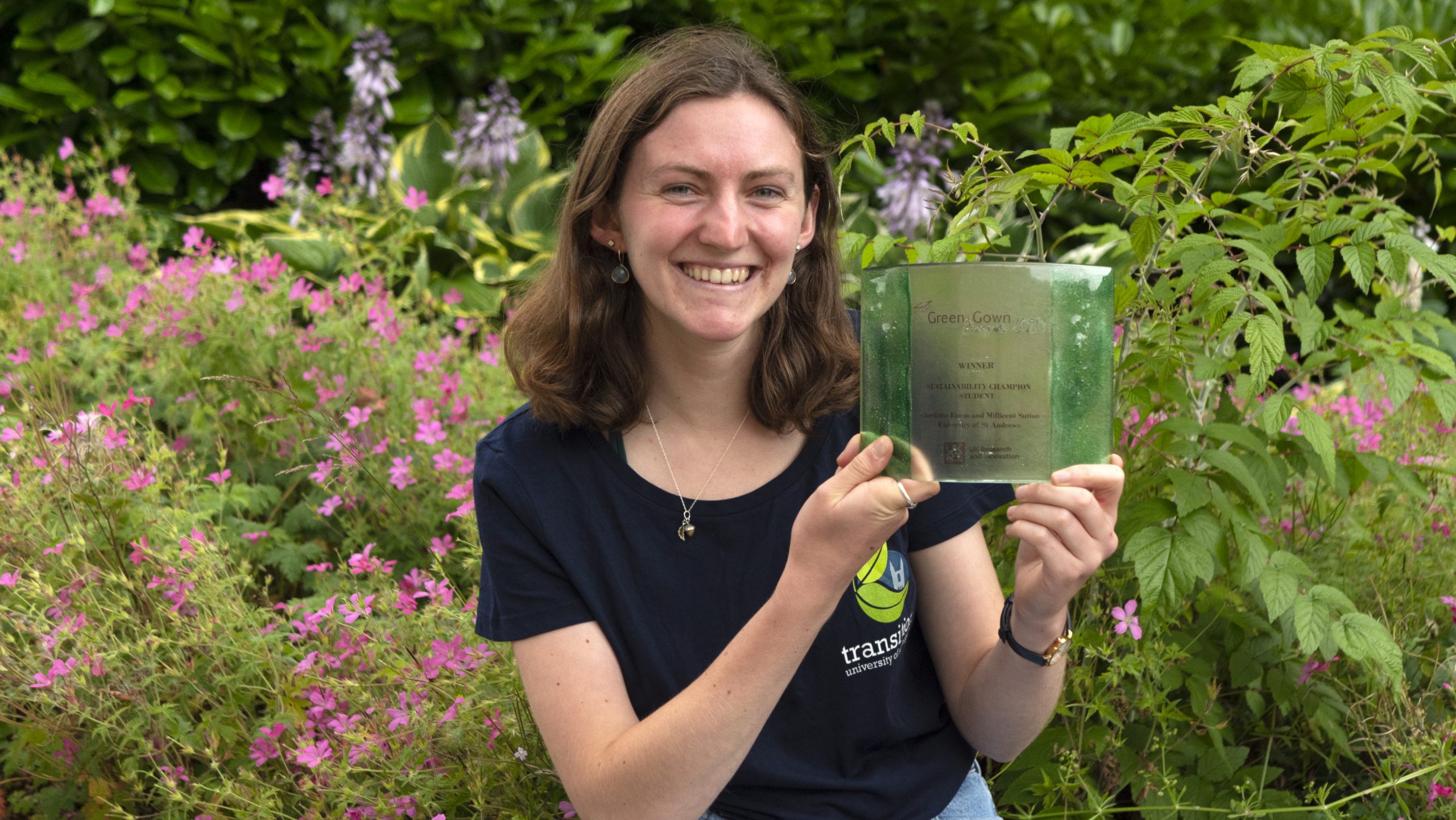 In December 2020, MidgieBite Media worked with staff and students at the University of St Andrews to create a series of videos to support three entries by the university to the 2020 Green Gown Awards.

The University of St Andrews subsequently secured wins in two of the three categories it entered, as well as achieving ‘Highly Commended’ in the third.

The awards were announced during a special online ceremony on Wednesday 24th March 2021.

The Green Gown Awards, hosted by the EAUC, are the leading environmental awards in UK and Ireland higher education that “recognise the exceptional sustainability initiatives being undertaken by universities and colleges”.

MidgieBite Media worked with the university to develop three videos in the award categories of ‘Sustainability Champions’, ‘Campus Health, Food, and Drink’, and ‘Learning from Loss’, which can be viewed below.

The University of St Andrews secured the wins in both the ‘Sustainability Champions’ and ‘Campus Health, Food, and Drink’ categories.

The video in the ‘Sustainability Champions’ category showcased the achievements of both Charlotte Evans and Millicent Sutton in developing TESA (Training in Environmental Sustainability Action), a course which encourages students to engage in sustainable practice which has now been made a mandatory part of matriculation by the university.

The video in the ‘Campus Health, Food, and Drink’ category marked the many changes which have been implemented by the University of St Andrews around the whole campus, including a “bike and eat” scheme, introducing more plant-based food options in catering, encouraging the use of reusable cups with discounted hot drinks, sourcing more food from local suppliers, and much more.

The video in the ‘Learning from Loss’ category followed Archaeologist and Principal Research Fellow Tom Dawson from the School of History along the coast of St Monans in Fife, examining the impacts and causes of coastal erosion, and working with locals to develop new ways to engage communities, such as developing an interactive 4D Wemyss Cave website with the Save Wemyss Ancient Caves Society.

It was a pleasure to work with the University of St Andrews on this fantastic project to raise awareness of their achievements, and we were delighted to see their hard work recognised in their well-deserved awards. Our congratulations to all of the staff and students involved in these brilliant initiatives.